March 13, 2022
NASHVILLE, Tenn. – Rescue personnel from the Tennessee National Guard’s 1-230th Assault Helicopter Battalion and the Nashville Fire Department held a joint exercise to practice hoist operations at Old Hickory Lake between Goodlettsville and Hendersonville on Dec. 14. The Helicopter Aquatic Rescue Team consisted of a UH-60 Blackhawk four-member crew with three Nashville firefighters who specialize in hoist rescue operations. The HART team trains monthly on a variety of rescue missions to maintain their ability to form a cohesive team. The Tennessee Highway Patrol is also a partner in the HART team and trains with the Nashville Fire Department and Tennessee National Guard. “We practice nearly every week with the Nashville Fire Department to rehearse rescue operations,” said Sgt. 1st Class Eric Rumsey, 1-230th’s lead crew chief and hoist operator for the HART team. “We each spend a year training to become qualified and then practice hoist rescue missions in open water, moving water, on land or roof tops, and in confined spaces – we practice in the hard-to-reach places to prepare for worst case scenarios.” The HART team practiced rescuing two simulated drowning victims in Old Hickory Lake by lowering a firefighter from 70 feet into the water. From there, the firefighter proceeded to secure a simulated victim then the helicopter crew chief hoisted them to safety. The team practiced six iterations, each entering the scenario at a different approach angle. “This partner agency training helps keep everyone in sync and it allows us to train for realistic situations we could encounter,” said Nashville Fire Department Capt. Michael Armistead. “The more we train, the better we become, and this ultimately will help save lives in any emergency situation.” The Tennessee National Guard and Nashville Fire Department HART team has completed 2 rescue and recovery missions this year and plans to continue training together throughout the winter months. 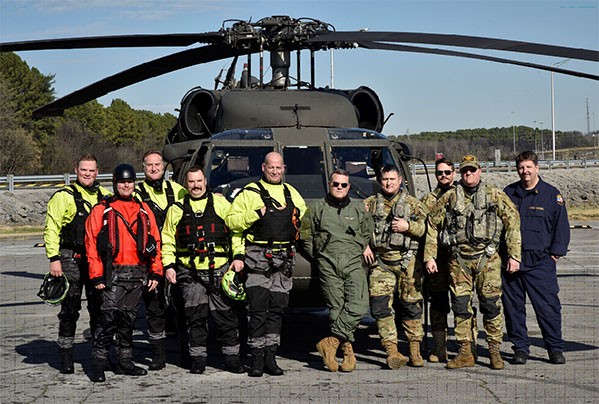 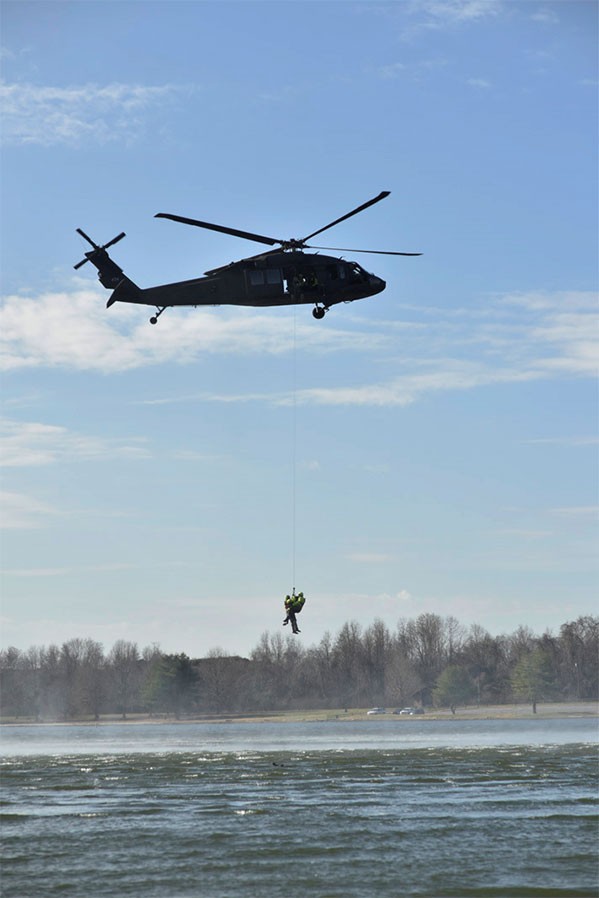