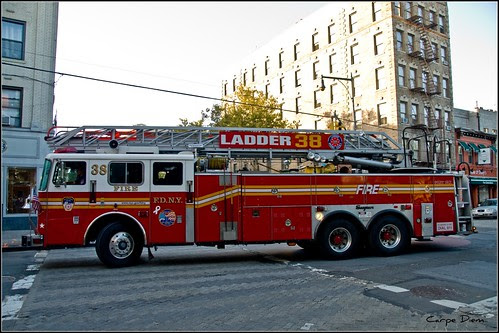 Via Flickr:
On 9/11 The Fire Department of New York lost 340 uniformed firefighters, two retired members, the chaplain, and two paramedics. One member of the New York City Fire Patrol was killed. There were 75 firehouses in which at least one member was killed. Joseph Spor Jr. was one of the victims.

This fire truck has his name and a memorial to 9/11 painted on the door.

This photo was taken near Arthur Avenue in the Bronx, New York.