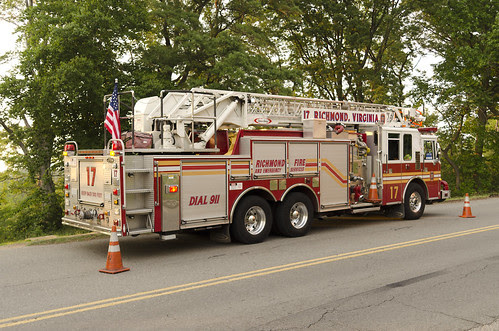 The Richmond Department of Fire and Emergency Services is the only fire department
in the United States that operates under the Total Quint Concept.

What is a Quint?

A Quint is a state-of-the-art firefighting apparatus that has the ability to:


The Total Quint Concept plan enables the department to have a substantial reduction
in personnel, yet keep all 20 fire stations operating, with resources and apparatus
that personnel can utilize more effectively and efficiently.

The plan ensured that the department will have the resources to respond to any
fire emergency or disaster that may occur in the city. The proposal included:

It is estimated that the "Total Quint Concept" saved the city approximately $13
million.