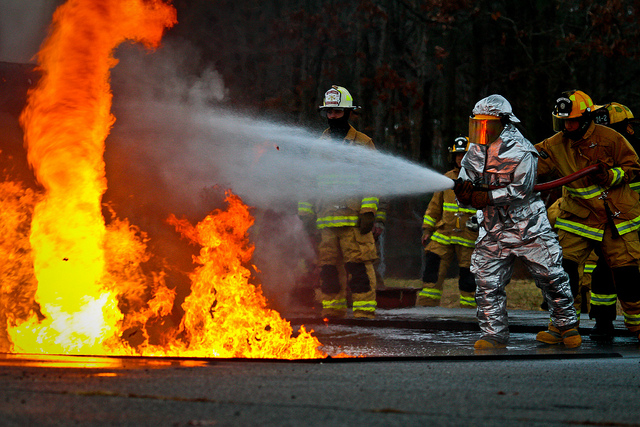 U.S. Air Force fire protection specialists from the New Jersey Air National Guard's 177th Fighter Wing battle a blaze as it forms into a fire tornado during a training exercise at the Military Sealift Command Training Center East in Freehold, N.J., on Dec. 5. The facility, which is one of two Sealift Command fire training sites in the country, offers an array of firefighting scenarios for students. The 177th Fighter Wing is based out of Atlantic City International Airport, N.J. (U.S. Air National Guard photo by Tech. Sgt. Matt Hecht/Released) See more: owl.li/rFgOL

a photo by The National Guard